Why My Father Failed At Real Estate

“Take these and give them to your classmates,” my father told me one morning, handing me a small cardboard box full of personalized pens that read “Better Homes & Gardens – Jim Guevara, Realtor.” It was one of those white barreled Bic-type pens, with a medium brown colored cap.
The year was 1991. I was in 5th grade at St. Therese Elementary School in Parkville, Missouri, a town nestled in the suburbs of Kansas City.
If I’m being honest, I felt embarrassed about handing out those pens. I gave a few away and then stashed the box in my cubby for the rest of that school year.
Jim Guevara, my dad, however, seemed happy. Excited. Hopeful.
My father, an immigrant from the Philippines who had worked as a nurse my whole life, was suddenly a real estate agent. He traded in his scrubs for a tie and camel colored sports coat. He had a briefcase, business cards, and those aforementioned pens. When I finally figured out the combination lock to his briefcase, I’d often steal the solar-powered calculator he also stashed in there.
Two years later, he would be back in scrubs, his dream of a career in real estate gone. His sense of hope, of financial freedom, vanished. His suitcase? It sat in the basement until I used it as a prop in high-school.
What happened?
First, I need to tell you how this all got started.

Why my dad moved to America

My dad was born and raised in the Philippines with his four brothers and sisters. They were raised by his mother and father, a teacher and general store owner. Working class. My dad was a handsome and charismatic kid and was able to hide his humble roots when he attended the expensive private schools on scholarship. Years later, the Marcos regime’s implementation of martial law and his involvement with the opposition created a situation that was very dangerous for my father. He had to leave.
Thousands of miles away, the United States had been facing a nursing shortage. The US had encouraged Filipinos to become nurses, promising an expedited process to immigrate, to work, to eventually become citizens. Fortunately, my dad had earned his BS in Nursing. He had his path out. My dad took the first job he was offered — a large teaching hospital in Kansas City, Missouri. That January, my dad boarded a plane in Manila bound for Kansas City with $5 in his wallet.
By all measures, my dad would be considered the poster child for successful immigration. Just three years after leaving all he knew in the Philippines, he met my mom (another nurse from the Philippines), got married, bought a house, and had his first child (me). All at the age of 25. My sister Erin was born a couple years later. 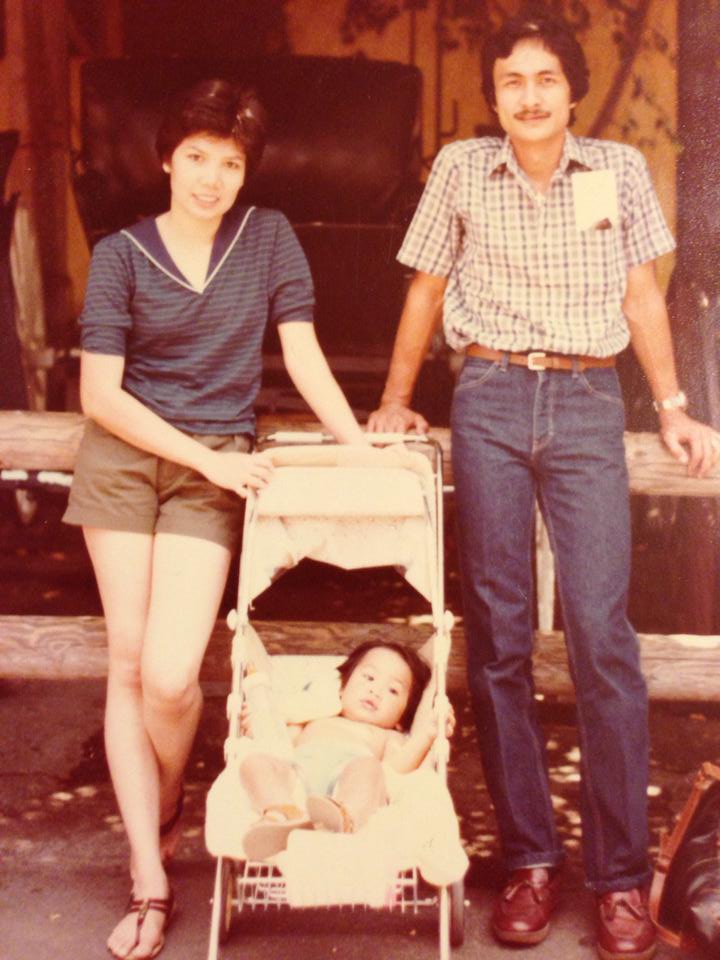 For the first five years of my life, we lived in a lower income, working class, transitional area of Kansas City. Almost every immigrant group starts there. At one point in history, it was a wealthy neighborhood. It then declined, as neighborhoods often do. By the time we lived there, the ‘hood was now a healthy mix of low-income white and black families.
I don’t remember too much of the old neighborhood. It felt pretty safe to me; the only incident of crime I remember was when someone stole my dad’s manual lawn mower. My dad bought his first brand-new car, a Chevy Manza, and wrecked it months later. We walked to the store, my sister and I played with the neighborhood kids all day, life was good.
Then we moved. Unbeknownst to us, my parents had been saving up to move out of the neighborhood. Our new home was only 16 miles away, but it felt like 100. My parents built a split ranch in the far northern suburbs of Kansas City. If you were to visit where I spent most of my childhood, it is a bustling, highly developed area. But back then? It was much, much smaller and quieter. And it considerably less diverse. WE were the diversity. 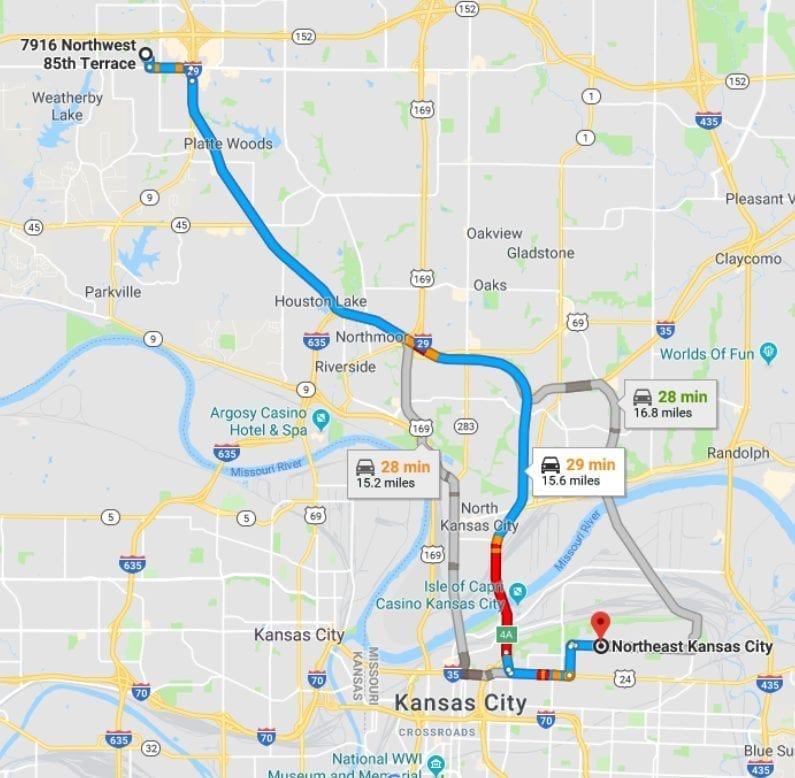 From Northeast to the ‘burbs

In the suburbs, my dad took a nursing job at one of the more expensive nursing homes. Driving up to the palatial-seeming building was somewhat exciting for me as a kid. I always thought my dad was kind of badass for working there. But what I learned later is that my dad didn’t really care for nursing. Okay, he really didn’t like it. At all. We all know about the merits of a career in nursing, that’s inarguable. For my dad, however, it simply wasn’t a good fit.
To earn more, he worked the night shift. This caused considerable stress for our family. My father was exhausted and dissatisfied with his career, and it showed in his demeanor and often in his interactions with people. My dad was snappier, quicker to explode. Someone honking their horn at our car could quickly escalate into a near fist-fight. I was pretty afraid of my father during those years. On his days off, he tried to be more active, but he was just tired.

Venturing into real estate… and failing

I think moving to real estate was my dad’s way to escape the nursing life. He wasn’t always the best at working under a boss. I can recall his frequent stories about arguments with his supervisors. Working for himself would allow him to do things his own way. So the story goes on:  My father enrolled in classes to get his real estate license. He would take classes during the day and then go to work at the hospital at night. Three months later, he had his license AND a job with a small real estate firm, tucked into the corner of a nearby strip mall. He also took turns manning a kiosk at the mall. My dad felt proud; excited even. My mom was supportive but scared. 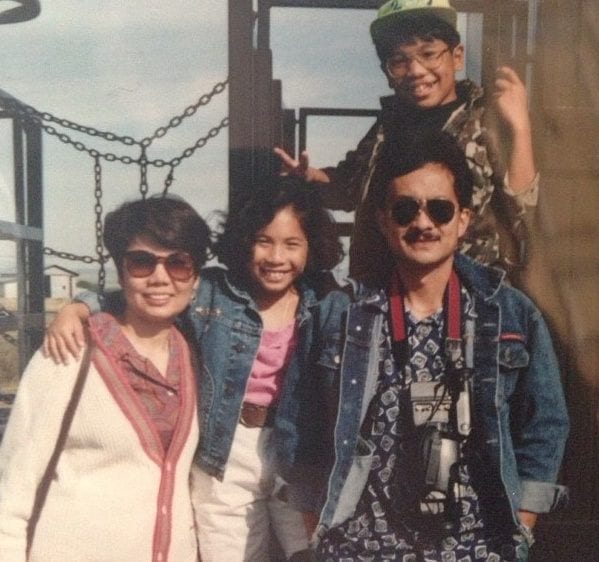 Mom, sister Erin, my dad, and me

My dad HUSTLED. He put himself out there. Approaching, communicating, and working with people was never a problem with my dad. It was his strength. My dad has always been the life of the party, popular.
But even with all the hustling, two years in real estate was enough for my dad.
He was able to make the exact same amount of money in real estate as he did in nursing those two years. However, he often had to work three times as many hours to make that paycheck. My father, a staunch Republican, always believed that hard work is what will set you apart and bring success. There are no excuses. However, if you ask him now, some things were out of his control. Mainly, how he was perceived by others.
My dad grew up speaking, reading, and writing in English. That’s actually par for the course for most Filipinos. However, he spoke with a pretty heavy accent back then. Unlike French or Spanish accents, Filipino accents aren’t typically considered sexy. Not only did he not look like a “typical” American, he didn’t sound like one either. My father didn’t place all of the blame on race—he knew that plenty of white realtors who also failed. Yet the fact that most of the realtors of color struggled more became glaringly clear.
In addition, my dad was just a little bit ahead of his time. The huge wave of Filipino and Latino homebuyers to the suburbs was still about 6 years away. If my dad had started then, this could have been a totally different story.
In fact, my dad considered going BACK into real estate as that wave came. Unfortunately, my mother passed away in 1998, derailing those plans completely. Moving forward, keeping the family together became his priority.
I went off to college the next year, my sister shortly after. My dad eventually remarried. Life went back to normal, and real estate was never really mentioned again. My dad still lives in Kansas City with his wife. I’m incredibly proud of my father and have marveled at his transition to becoming a grandfather. Our past struggles have led to a deep respect for one another. 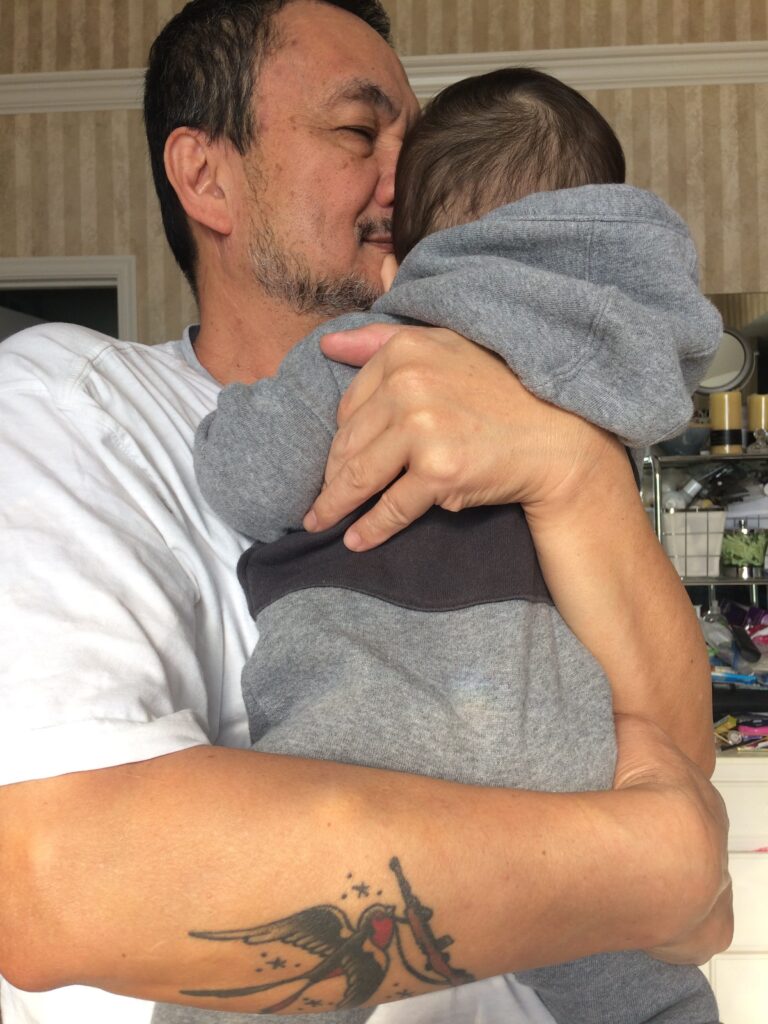 Dad and my son, Miles

As someone who struggled as a teacher for 13 years before joining Design Pickle, I have deep sympathy and a newfound respect for what my father went through. I often wonder how our lives would be different if he stuck to real estate. What I learned from him is this: Hard work is key, but circumstance is just as big of a player.
Sometimes, taking a risk or a big gamble is JUST the first step. 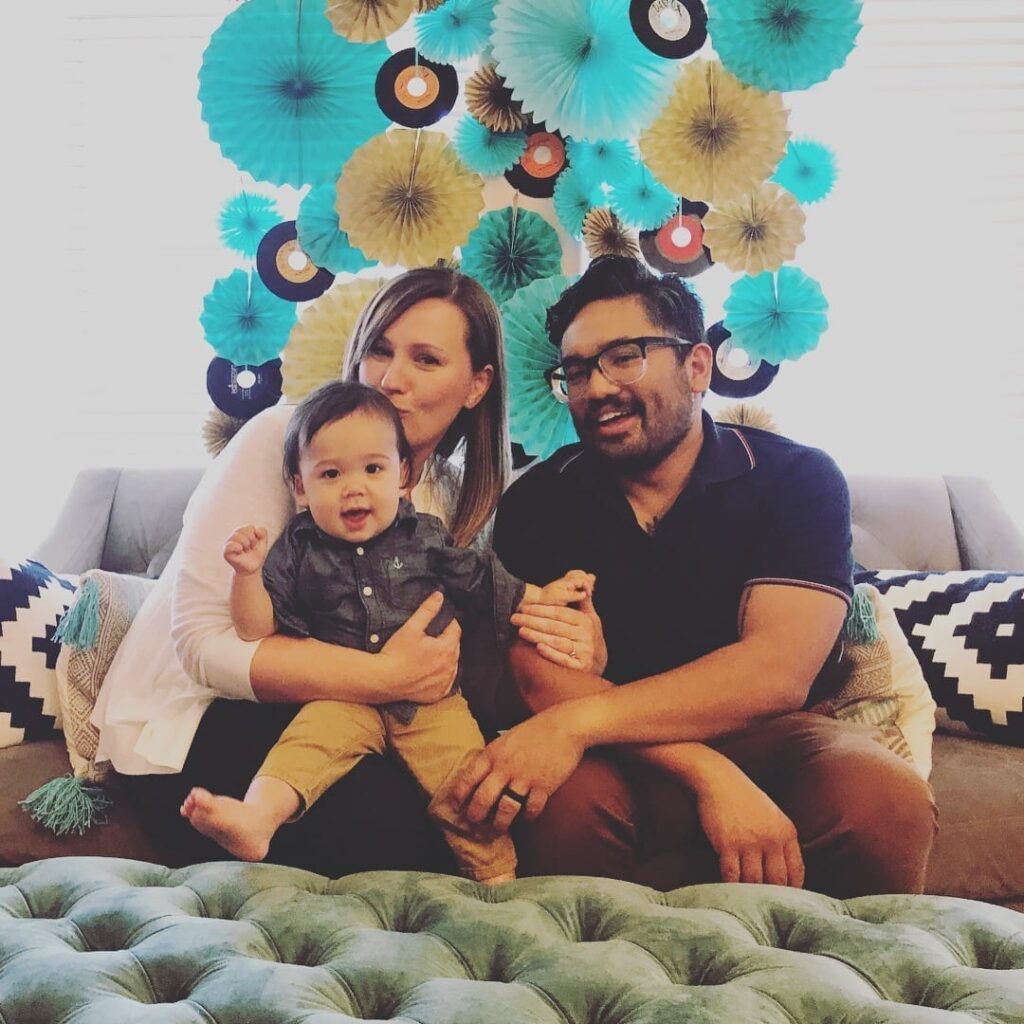 The second wave of Guevaras: My wife Rachel, son Miles, me

The More You Know…

How to Create a Company Vision Map

5 Examples of Co-Branding that Works

Join over 65,000 others on the Creator's Digest email list to receive premium content, exclusive free goods, and all the must-know info on a bi-weekly basis.

We use cookies to ensure that we give you the best experience on our website. If you continue to use this site we will assume that you are happy with it.Ok