Pl(tr)easure and Pain Pt. I 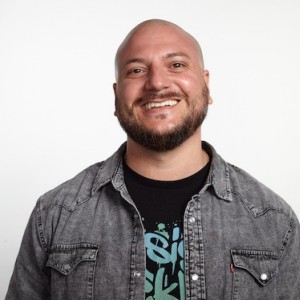 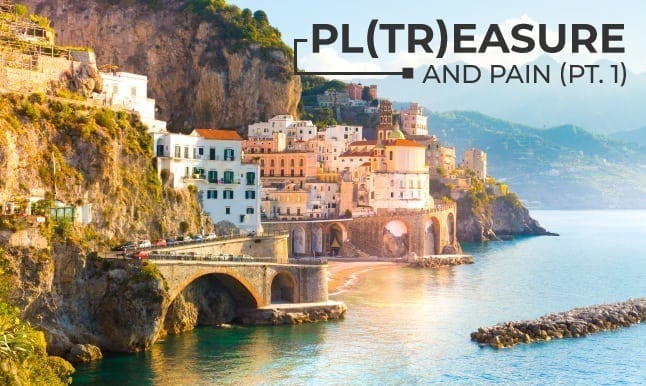 This post was written by Jim Pedicone, Chief of Staff at Design Pickle. Jim was Design Pickle’s first full-time employee. During his first 2 years as Marketing Director, Jim helped grow Design Pickle’s monthly recurring revenue (MRR) from $30k to $500k. Jim and Design Pickle CEO & Founder, Russ Perry have been close friends for more than 20 years. He currently resides in Phoenix, AZ with his wife, Erin.

My last name has always been a pain in the ass. Growing up in Tucson, Arizona, my two older brothers and I were usually the only Italian-named kids in school. We got called names like “Pet my cone/bone” and “Pederass”. Spelling it out was/is an exercise in futility. No matter how many times I say, “P like Peter, E like Edward, D like Dog, etc…” they still spell it wrong. I’ve been “Petticone”  more times than I can count. Finally, I learned to say, “‘Pedi’ like pedicure and ‘cone’ like ice cream cone.” That works every time.
Regardless, I’ve always felt some sort of pride in being a Pedicone, and I don’t mean in the way that those Jersey Shore guidos are proud of their “situation”. I don’t know if it’s genetic or it trickles in over time, but the pride is undeniable. It makes sense, historically. Identities are built over time and people have always flocked together, like seagulls. By now, we should know better, yet we continue using our bird brains. Isn’t the human brain capable of so much more?
A few years ago, I was at a bar in San Diego with some co-workers. Out of nowhere, some dude interrupted everyone to proclaim, “Italians aren’t white”.
We weren’t talking about our roots, or Italians, or anything Italy-adjacent, but it burst out of him with a passion.
I was like, “Cool, man. So what are they?”

“NOT WHITE.”
This dude has been watching too much Reservoir Dogs. Don’t get me wrong. I love a well executed Italian joke as much as the next guy.
Who knows what prompted a drunk dude at a fire station themed bar to assert dominance over “the lesser races of southern Europe”. It might have been comical, had it not blatantly demonstrated how much difficulty under-represented groups have had progressing on the path towards equality.
This clown’s existence depended on feeling superior to someone, anyone, else. I’ve got to hand it to him for prompting a major privilege check. I’m tan, with a prominent Roman beak, but it’s not like I’m stepping off of Ellis Island at the turn of the 20th century.
I don’t and never will truly understand what it’s like to endure discrimination. I do know that no one can fully understand what it’s like to be someone else. We’re all living our individual truths.

Balance is a fundamental truth of Design Pickle

For the past 3+ years, I’ve been lucky enough to grow Design Pickle with its founder and my friend of 21 years, Russ Perry.
Russ didn’t build Design Pickle on a hypothesis. He started with the truth. Russ made a list of the things he would not compromise; i.e., the things that must remain true if he was to move forward with building this business.
One of those truths was balance.
Russ and I discovered our shared love for adventure as teens, occasionally driving 40 minutes south to Nogales just for a night. As adults, travel is still our preferred way to achieve balance. This summer, I lived that truth with Russ and took Design Pickle on the road to Florence, Italy.
Last summer, the Perrys went to Belize. During those sun-soaked weeks, Design Pickle’s monthly recurring revenue (MRR) exploded from $270k to $375k! Russ stayed committed to the company’s growth without missing out on anything he wanted to do, whether swimming with whale sharks or homeschooling his daughter.
Growing a business is difficult. Few businesses survive longer than a couple of years. For the few that do make it into adolescence, reaching an annual revenue of $1 million takes over seven years on average. Russ lead our team to earn over $5 million in year 2 and we’re looking toward $10 million this year. We’ve done it without compromising our relationships and our health. We’ve done it without paying the costs many mistakenly believe they must pay in order to achieve their goals.
Making balance a fundamental truth of Design Pickle has been critical to our success.

The holes in your life can’t be filled with trash. Trash is ANYTHING other than the truth. It is toxic waste. When you fill holes with trash not only do you poison yourself, but you poison your loved ones and everyone around you.

No matter how much money you make, how many toys you acquire, how many hotties you bang, or how great the coke is, if you don’t confront and embrace your truth, the misery and emptiness will pester you until you die. Even worse, it will continue to hurt your loved ones even after you are dead. If not for you, do it for the people you love.

It’s easy to make excuses.
How many “I cant’s” stand between you and your loftiest goals? Your reasons for standing in your own way might be distinct, but they’re not different. They all boil down to this: You’re afraid of the truth – your truth.
Don’t blame yourself, though. We’re raised to put work (or the facade of hard work) before our personal lives and our mental and physical health. How are you supposed to exercise agency – that is, exert power over your own life – when you’re inundated with preconditions to your very existence? “If only I worked harder…if only I had the cash on hand…” What if you just took what you wanted instead of waiting around to become the kind of guy who gets what he wants?

Spending a summer in Italia

A summer in Italy was not just a neat idea. For me and my wife, Erin, it was an absolute necessity.
We’re dead set on building a family and that’s kind of hard when your wife starts to feel less than human. Erin was compromised. She is a county prosecutor. She is crazily underpaid, overworked, and unappreciated, even though she helps protect every single one of us every day.
Part of her job requires viewing child sexual exploitation materials (colloquially, “child porn”). Most of her colleagues don’t have the stomachs for this shit. She persists because she cares about justice and vindicating victims who’ve been violated in unspeakable ways. And she’s a badass b*tch. 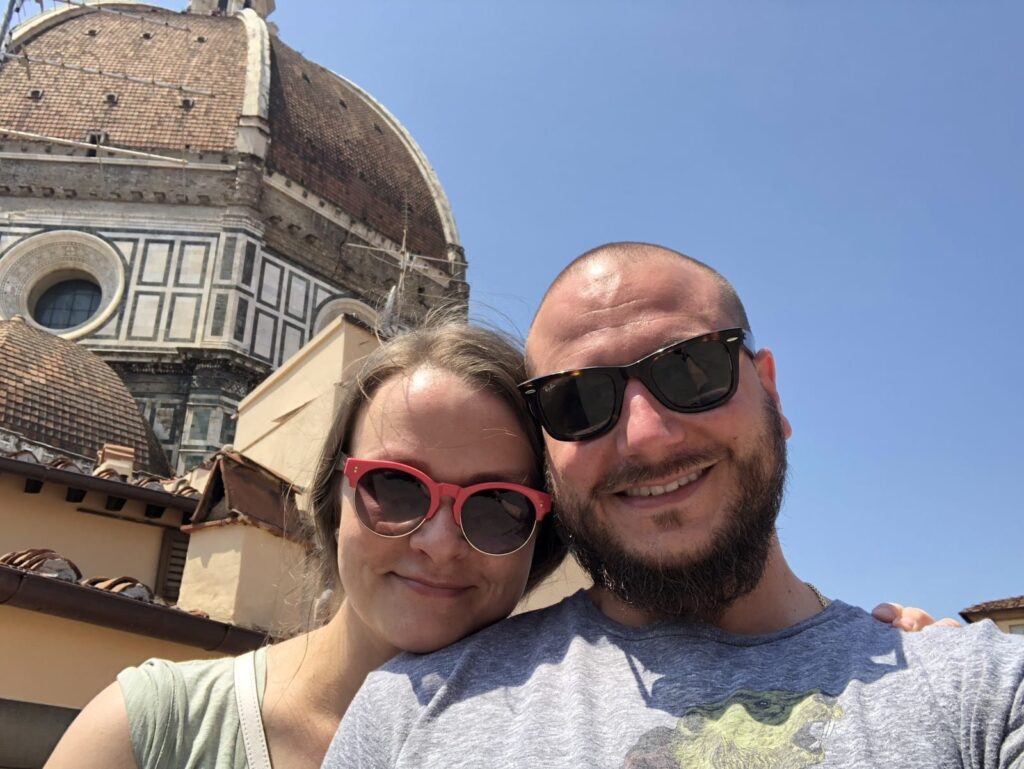 Jim and Erin in Florence, Italy

Although she’s one of the strongest people I’ve ever known, the constant exposure was breaking her – and that’s not me being overly dramatic. She needed a break, baaaad.
Our dream of having a family was compromised. Nearly 5 years ago we lost two babies. Our first baby miscarried. Our second baby, Francis, was stillborn. He had Trisomy 18, a rare, chromosomal abnormality. Now, nearly 5 years later, we are at an age where, according to OBGYNs, pregnancy is considered very high-risk. Will we conceive? Will our baby be healthy? Stress kills the living and prevents new lives from coming into this world. The world holds plenty of suffering. We needed this time so we didn’t bring a child into the suffering within ourselves.
Getting back to Italy. We rented a car in Rome and made a pilgrimage to the last known place the Pedicones lived before coming to America. “America” meaning both continents, as I learned later in my journey that many of my relatives settled in Brazil.
Before this summer (2018) all I knew about my ancestry is what I was told: my dad’s grandfather (Pedicone) came from Abruzzo and his grandmother (Notaro) came from Palermo, Sicily. On my mom’s side, the Gaudinos came from Piedmont and the Bellatinis were shepherds in a Bolognese village called Gaggio Montano. In order to assimilate, my ancestors ditched their truths.
In my lifetime, we’ve had ZERO contact with relatives in Italy. In 2005, at my grandfather’s funeral, there was yellowing, black and white snapshot of my grandfather with relatives, presumably. Someone had scrawled “Sant’Omero” on the picture in tight, cursive script. I’ve always been curious as to what happened that eventually led to me and my two older brothers’ existence. Well, curiosity is a mighty bitch that will give you answers that will make you laugh or cry, or in my case, both. I had to follow that clue.
Read part two now. See below for a sneak preview.

Pl(tr)easure and Pain Part II. I Found a Cousin!

A little driving (and a lot of espressos!) lead to the discovery of not only a cousin but a long lost Pedicone clan that returned from Brazil after 50 years! I could never have expected what came next…